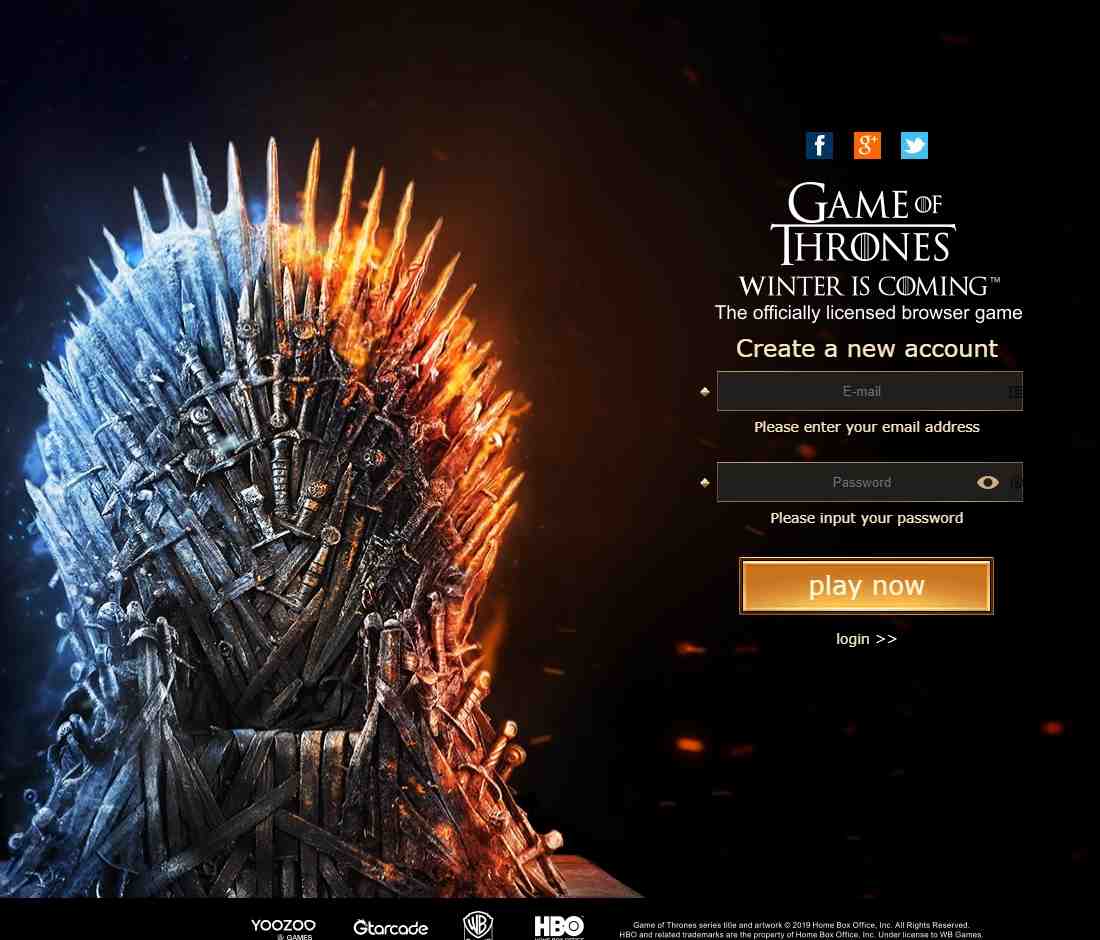 Usually, when it comes to heavily marketed games, for which you will be bombarded with ads, the gaming experience isn’t even close to what they advertise. That’s not the case for Game of Thrones. I was surprised to see that the in-game experience exactly as featured in all those YouTube commercials. And for a browser-based game, it has great graphics and complex gameplay. It’s not just a point-and-click cash grab that tries to ride on the back of the huge Game of Thrones name. And it does feature all the beloved characters from the original series. Let’s see what makes Game of Thrones the browser game you need to try.

Strategy Gameplay Assisted By Your GoT Heroes

In this game, you will run one of the citadels in the GoT universe. Basically, you will have to train troops, build fortifications, defeat attackers and run conquests on your enemies. Throughout the game, you will be advised by Game of Thrones characters from the original series, such as Melisandre or Varys. However, you also get special help from characters like Arya or Sansa Stark, who can be controlled and used for attacks. But the game is also introducing new characters with special abilities. Creating your troops and special characters will take time and resources. The resources are measured in diamonds. You will be able to speed up the training of your troops and characters by spending diamonds. The way you produce and manage all the resources is the main strategy of the game. The battles are decided by whoever trains troops and finds the best mixes of skills and abilities. On the other hand, you can get resources and buy characters easier if you’re ready to spend some money in the game. They have this game currency which are called Black Diamonds, which can be purchased with your credit card. Also, there are special characters that can be bought only with Black Diamonds.

The Graphics of Game of Thrones

The graphics of this game are pretty good for a browser-based title. The design of the buildings and the famous characters are reproducing their original versions from the TV series. The dialogue is all text-based, but the vocabulary used in the game is matching the one from the series and the book, which helps immerse you in the story even more. Throughout the game, both while you manage your citadel and when you find yourself in battle mode, you will be playing from a “bird’s eye view”. Although it’s a browser-based game, it also has a downloadable client for a desktop version. This desktop version is recommended for the players with a weaker internet connection, as you will be able to enjoy the graphics at max output. But with a decent internet connection, the game can be enjoyed without lagging on your browser. Overall, the graphics and soundtrack of this game are managing to give you an immersive and interactive experience in the Game of Thrones universe.