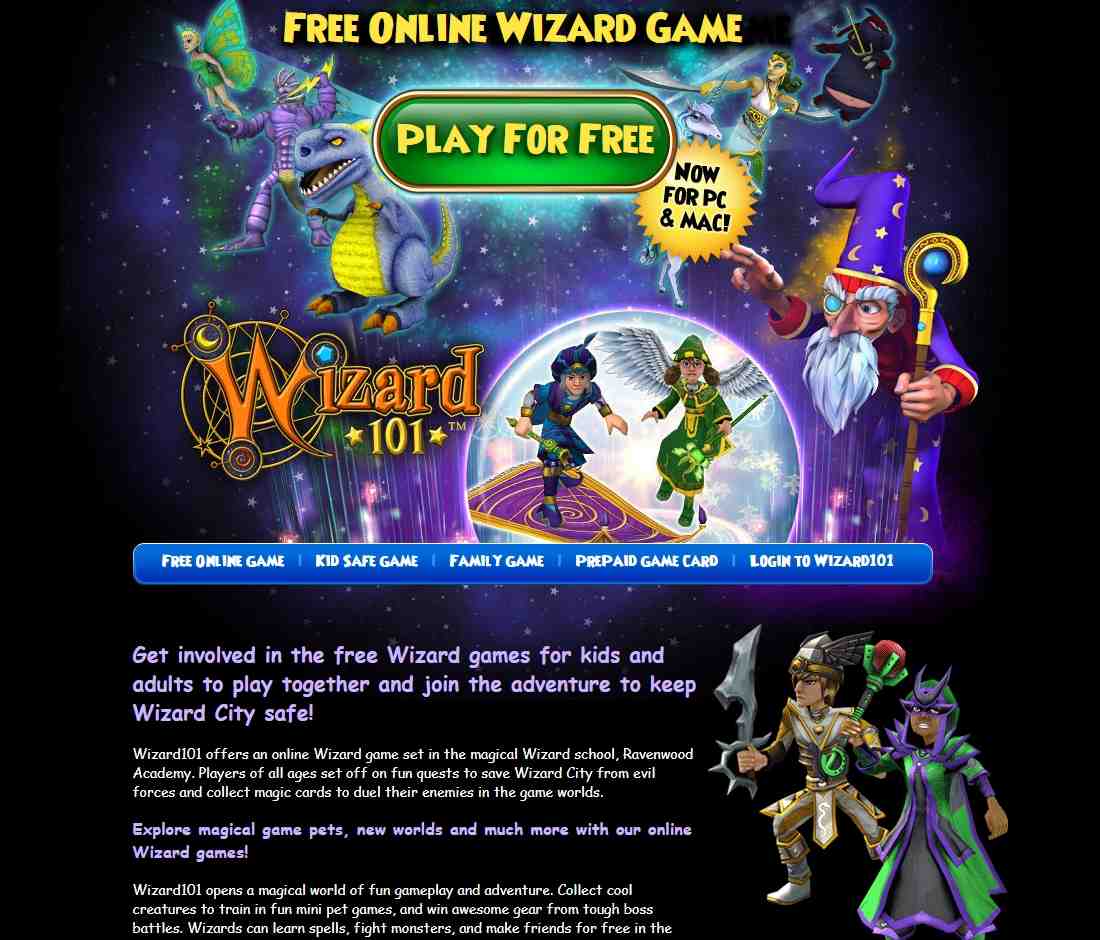 Looking for something to play with your kids? Something that is kid-friendly, but actual fun for children and adults alike? Well, there’s Wizard101, a game that was launched over 10 years ago, but which is still relevant today thanks to constant updates and an active community of families enjoying a fun and entertaining gameplay that takes many forms. Unlike other MMOs who can seem dark and grim at times, Wizard 101 is a lively game with a lovely design that manages to blend together competitiveness with cooperation and fair play. Anyone who enjoys the Harry Potter universe, will love Wizzard 101. It features adventures in a fantasy world where the players are magic students. Here are the things you need to know before enrolling in the school of magic.

The Ravenwood School of Magic

You will start the game as a student at the Ravenwood School of Magic, where you will be welcomed by Headmaster Ambrose. He will be the one guiding your first steps as a new magic student and he puts his hope in you to save the Wizard City. The main mission in the game is to save the school and the magical world from the evil wizard Malistaire. Wizard 101 has a diversified gameplay. Besides the main quests in which you’ll be the hero that saves the day, there are side quests that will help you get items and all kinds of cool skins for your avatar, plus many mini-games, which are mostly puzzle and logic games. The combat gameplay is a card based one. There is no violence and it is mostly based on strategy. At the same time, the battle quests are promoting cooperation over competitiveness. Other players can join battle quests with you at any given time, without affecting your rewards for completing the quest.

Free To Play versus Premium Membership

Wizard 101 is a free to play MMO, which means that you can create an account and enjoy a lot of free gaming experience. However, although there is enough gameplay for the free players, there’s about 80% more fun to be enjoyed with the membership. Becoming a member of this game is really cheap and worth it. The game becomes more complex and fun in the members. When it comes to family games, Wizard 101 is the title you need for your children. The gameplay was designed to keep kids entertained while engaging their brains into quests that will train their problem-solving skills. The many characters and the interesting stories are based on popular mythology from all cultures. The way quests and story mode intertwine with puzzle and logic games creates a balance between playing and learning that’s hardly achieved by other MMOs on the market. The game knows that their public is mostly children and they took plenty of safety measures for them. The chat rooms are free of foul language and cyber bullying and all the in-game purchases are done from a virtual prepaid card, so that the young ones won’t drain the accounts of their parents on skins and items. All in all, and excellent family friendly MMO. No wonder they’ve been around for so long.