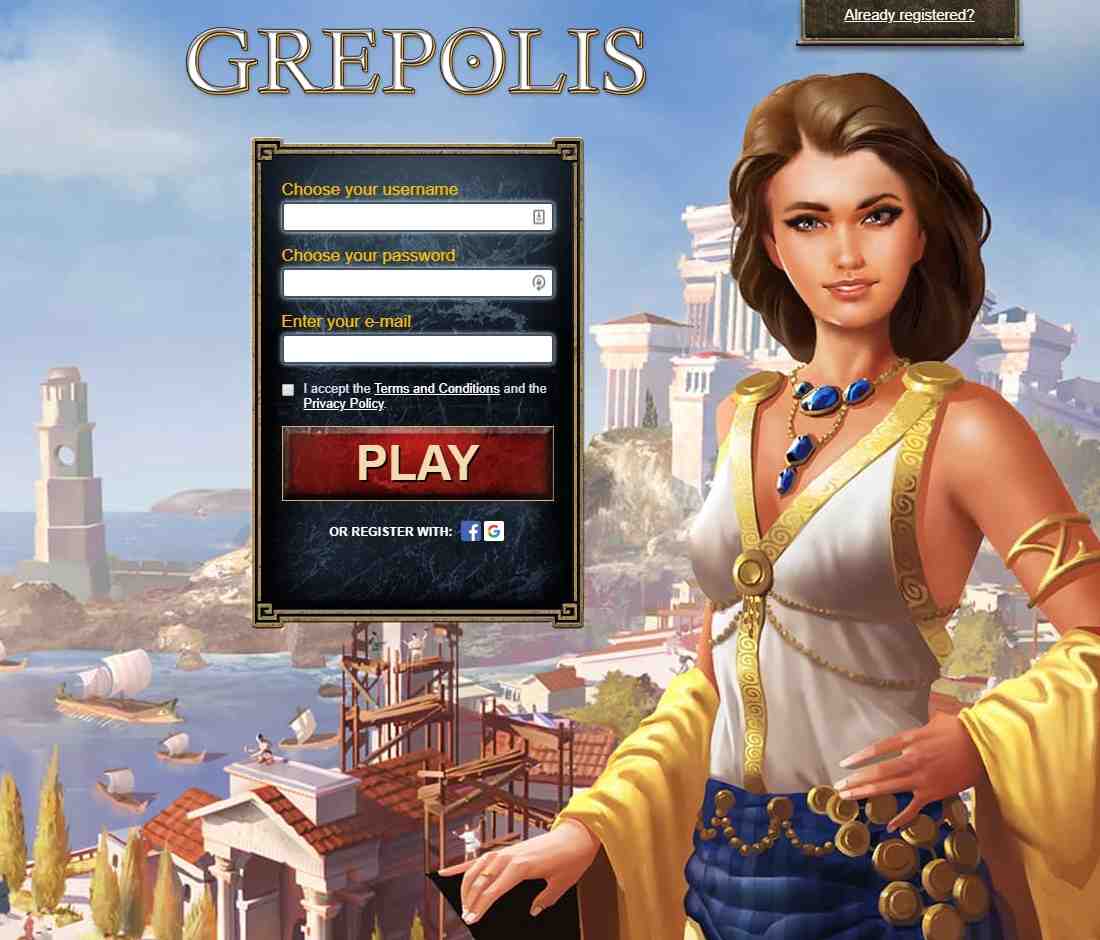 Grepolis is a real-time strategy game that’s packed with Greek mythology, developed by the German company InnoGames, who also brought us titles like Forge of Empires, Lost Survivor and God Kings. Playing it is like an interactive history lesson, but way more fun. It’s a multiplayer game that can be played directly in your browser for free. Your main mission is to create and grow an empire and then defend and conquest other players. The gameplay is complex, but easy to understand. The game offers plenty of tutorial and hints along the way, so that you will figure out how to rule the map in no time. Let’s take a closer look at the Grepolis experience in this fresh review.

The Story and the Gameplay

Everything in this game is inspired by Ancient Greek mythology. If you are a fan of history and philosophy, the game will be a pleasant experience from which you can learn a thing or two. All the battle troops, ships, building architectures and technologies are quite historically accurate. You will start with a small town, called a Polis, and your goal will be to expand and forge an empire on across the Hellenic islands. Along the way you can make friends and enemies with other online players. Forming alliances can help you protect yourself from invaders and players can actually help each other by sharing resources. Not joining an alliance will make you vulnerable in face of enemies who are looking for an easy kill. What’s cool about the game is the fact that you will be able to restart your city from a certain point and seek revenge. You won’t have to start over with everything. The game also offers players special skills based on the god they choose to worship. You can choose from six Greek gods: Zeus, Poseidon, Athena, Hera, Hades, and Artemis. Build temples to worship the god and they will bless you with skills, resources and mythical troops. There’s so much more to say about the many buildings, troops and items in Grepolis, but you should discover them yourself by playing the game.

The graphics of the game are pretty good, but they aren’t spectacular. But what I like the most is the layout of the menu. It’s one of the awesome features in any InnoGame title. Their organized German spirit can be felt in the game-menu of Grepolis. If you’ve ever played as strategy game before, you will know where everything is on the screen. And if you haven’t, you will figure it out in minutes. The game also offers tutorials and tips along the way for new players. The game also comes with a chat feature, in which you can discuss strategy with your alliance members. But the strongest community for Grepolis is outside the games. Many sites are dedicated entirely to this game, with a lot of wiki information, explanations and walk throughs and forums where members discuss about the game they love.