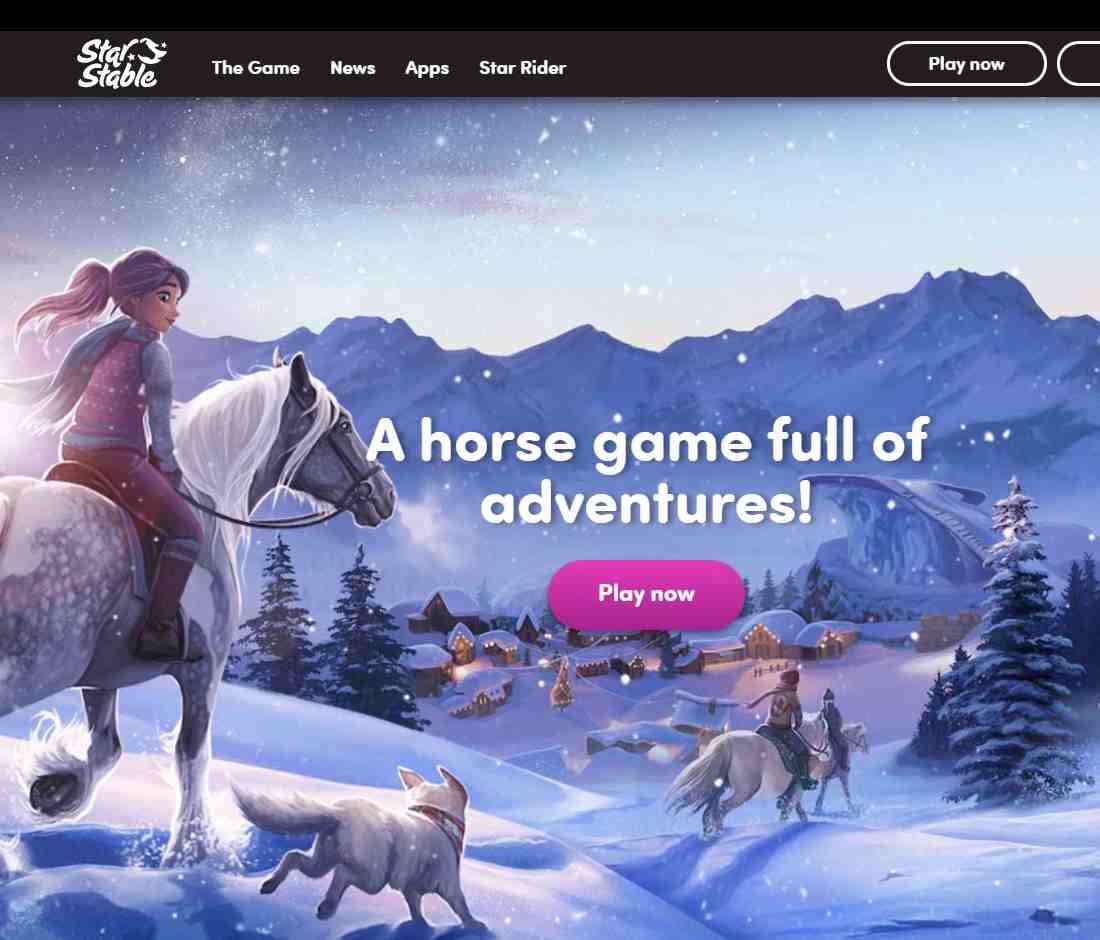 Star Stable will take you in the wonderful world of horses through an MMO gameplay that will enchant any player. Originally developed as a horse-riding simulator back in the early 2000s, it was transformed in an online MMO in 2010 and it kept evolving ever since. It’s mostly targeted for young kids and it has players from all around the world. It’s a free to join game, with a lot of free gameplay and a strong online community. The game focuses on the magical world of Jorvik, a mysterious island where you will carry out quests to defeat the land against evil. All this while you will have fun with horses, taking care of them and riding them through all kinds of terrains on the map. It’s a great title that combines a horse-riding simulator with the fun you get from completing quests in a MMO universe. Let’s see what makes this game so lovely.

As mentioned, the adventures are taking place on Jorvik island, which was struck by a magical star and came to life from a barren rock in the middle of the ocean. But all the wonders of Jorvik are desired by the evil of the seas, Garnok. A magical alliance, known as the Keepers of Aideen, is fighting to keep the island safe. Your main quest will be to help them in their mission. As you will progress through the game, you will meet new characters, unlock items, skills, features and maps, but also befriend other players from the online community. All the quests will be completed with the help of your beloved horses. You will have to take care of them in the game, by taking care of all the chores it takes to keep them happy, but you will also get to ride them through the magical realm. At the same time, you will compete in friendly races against other players.

The graphics of the game are excellent. I love the design of the universe. It’s all brightly colored and joyful. The game lets you create your avatar and unlock skins for both you and your horses. There are many horse characters, and you can collect them all and care for them. Most of the game takes place in a third person riding style. The open-world map is fairly big, with different terrains, lots of buildings serving different functions, and many NPC characters that will help you in your quests. The in-game menu is intuitive, and there’s also a tutorial to teach you all about it. More than that, the game comes in 14 different languages. The community features of Star Stable are letting players befriend one another and chat online, and they can exchange items. With a child-friendly environment, this game is suited for all ages, as it doesn’t feature violence and has monitored chat rooms where bad language and cyberbullying are not allowed. Try it now for free, directly into your browser, with no download required.